Cryptocurrency market continues uncontrolled downward movement. “Bears” have fully seized the initiative, the lovers of shorts even managed to briefly send the “first cryptocurrency” below $40000. However, bitcoin quickly won back this psychological boundary.

But, judging by the data of Glassnode’s analytical department, the “bears'” business may sharply worsen, and the blame for this may be the record high leverage in the cryptocurrency derivatives market. And until the Glassnode prediction is fulfilled, market participants who bet on bitcoin’s decline can make good money.

A large and still unaccustomed to the volatility of the market, part of the cryptocurrency community attempted to justify another sharp decline in the value of “digital gold”. Some experts named Internet disruptions in Kazakhstan as the reason for bitcoin’s collapse. Arcane Research analysts, however, concluded that if this event had an impact on the price of cryptocurrencies, it was very insignificant. Let’s explain: as a result of Internet problems in Kazakhstan, bitcoin network’s hash rate fell by 12%. It’s a big, but not critical drop. During the migration of miners from China, the hash rate dropped by 50%, while the price of “digital gold” was rapidly rising.

The main trigger of the collapse, which occurred over the past two weeks, experts called the publication of the Fed minutes for its last meeting. They showed that the Fed was planning to curtail the quantitative easing policy rather quickly. This caused not only the cryptocurrency market, but also the U.S. stock market to fall.

While Bitcoin is trying to recover from a prolonged decline and find its footing, a new blow may come from miners. More precisely, from the states that increasingly see mining as a threat to their energy security. For example, China unleashed its might on miners, causing the hash rate generated from Chinese territory to plummet. The U.S. happily embraced “bitcoin miners.” They were advised to use energy from renewable sources for mining.

In some smaller countries, miners have become a real challenge for energy networks. In early January 2022, the Kosovo authorities were forced to introduce a state of emergency to solve the energy crisis. Cryptocurrency mining was outlawed and equipment began to be confiscated. The population of Georgia also began to suffer from network congestion due to gray miners. The country’s authorities had to impose a power supply schedule to prevent overloading of generating facilities. This situation will only get worse in the future, as more and more computing power, and therefore energy, will be required to mine new bitcoins. 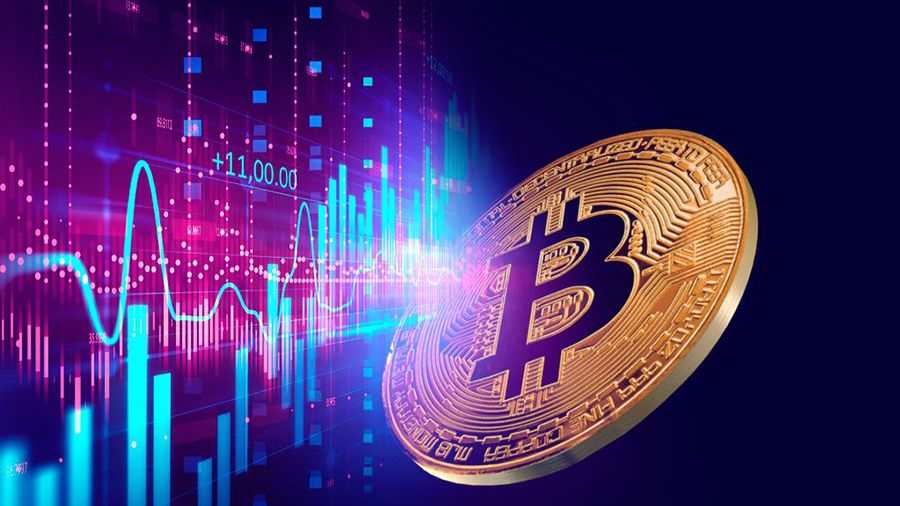 It is worth noting that even though it has fallen from its all-time high, the cryptocurrency market capitalization has achieved impressive results for the year 2021. Changpeng Zhao, CEO of cryptocurrency exchange Binance, said that the growth observed in the past year is the result of the adoption of cryptocurrencies by only 5% of the population. In 2022, he believes the adoption rate of cryptocurrencies will reach 20%. He named SocialFi and GameFi as the leading growth drivers in new and emerging DeFi (decentralized finance) segments. The head of Binance said that he believes in the success of NFT, which, in his opinion, will need to find its unique niche.