Binance Coin cryptocurrency is the key element that allows the Binance ecosystem to function. The Binance platform is considered to be one of the most popular cryptocurrency platforms where cryptocurrency trading and exchange can be done. Despite all the scandals and litigations that periodically published by different cryptocurrency media, investments in BNB are still doing fine.

BNB coin originated as the native token of the Binance exchange. It was launched through an initial proposal in 2017.

At first, the BNB token, like many other digital coins, worked on the Ethereum network (ERC20 standard). The number of coins issued was 200 million.

In 2019, the Binance Chain main network (BEP2 standard) making some of the BNB coins ceased to function on the Ethereum blockchain, which is characterized by high transaction fees and poor scalability.

However, over time, the BEP2 standard turnedd out to be insufficient for Binance owners (in particular, it did not support smart contracts), so in 2020 a new network was created – Binance Smart Chain.

Thus, there are now 3 separate blockchains on which the BNB coin operates.

To make money on crypto, you need to know what the principle of the asset is. By its structure, BNB coin is a peer-to-peer system, which differs in that it has high bandwidth and scalability. In order to ensure the security of the blockchain, the BFT consensus mechanism is applied which is also known as Byzantine Fault Tolerance.

The network itself has a minimal cluster of functions, but each transaction goes through without delays. The block is created in a second, the network can withstand any load. Not many cryptocurrency exchanges can show such parameters. Smart contracts are not supported on the network, but third-party blockchain platforms can be deployed on the basic protocol.

Analytics show that a number of blockchain projects began to work with Binance, leaving Ethereum. For example, such projects as Aeron, Enjin, Gtex and others.

When the asset was transitioned to the Binance Chain blockchain, the administration burned the coins on the ETH network, using the function of liquidating smart contracts. After the Binance Chain was launched, the burning of coins is not carried out on the Ethereum network anymore, the function is activated using a special command in the network’s blockchain, and not a smart contract.

It should be noted that every quarter, the board of directors of the exchange purchases tokens on the market, using 20 percent of the income received from fees for transfers, and then burns them. Burning BNB is needed in order to add value to the coin in the market.

Classic mining is not provided. Each node is controlled by the administration, outsiders cannot become validators. To earn a token, you must purchase it on the exchange itself, after which you should immediately put it on a deposit at a certain interest. Thus, the mining process on Binance is different from those used on other cryptocurrency exchanges.

BNB wallets, which can be used for storing

Currently, BNB wallets mainly work with the BEP2 (Binance Chain) and BEP20 (Binance Smart Chain) networks. The latter was created in the autumn of 2020 and it is the most advanced version of the Binance network. The BEP20 standard is supported, in particular, by our wallet and the main Ethereum web wallet – MyEtherWallet.

However, when choosing a BNB wallet, you definitely need to find out which of the Binance networks it works with, in order to avoid surprises when conducting transactions. For example, Atomic Wallet still works only with the old ERC20 network, and when sending coins from it to the Binance Smart Chain wallet, your funds may go through the wrong chain.

Where can you buy BNB tokens

BNB cryptocurrency can be purchased on many sites, but usually it is purchased on the Binance exchange itself , but there are other platforms. The administration also issued its own debit card. It functions like a standard bank card. It can be replenished using the Binance Card app, with Bitcoin or BNB.

Regarding the prospects for the BNB cryptocurrency, we can say that it remains very popular among a certain category of users. It is difficult to say what will happen next year, since there are several legal proceedings against Binance by regulators of different countries, and in a number of countries it has already been banned.

As to investments in the BNB cryptocurrency, many questions arise. Unfortunately, it has to be stated that due to the actions of regulators of different jurisdictions, investments in this exchange began to decline. Their number will fully depend next year on what other decisions will be made by the regulators. Since they are investigating against Binance, it is hardly worth expecting an increase in investment next year. Although, of course, they will remain at a certain level, one should not assume that investments will amount to billions of dollars. 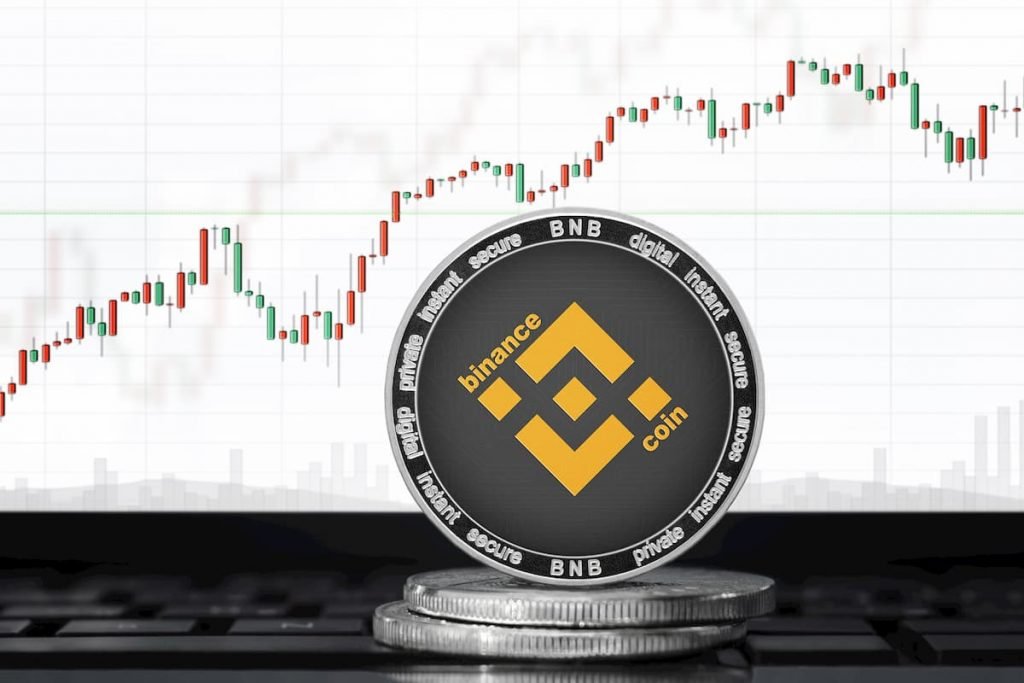 Thus, the Binance Coin cryptocurrency is quoted at $ 545 at the time of writing. The asset has serious competitors, and this is not only Bitcoin, but also game meme-tokens, which are entering the market in large quantities.

Recently, the administration has been trying to settle disputes with regulators so that there are no unnecessary problems. The site has an active community that uses tokens to earn and payment services. The exchange will have to work hard to stay in the focus of traders and investors as competition in the crypto market increases.